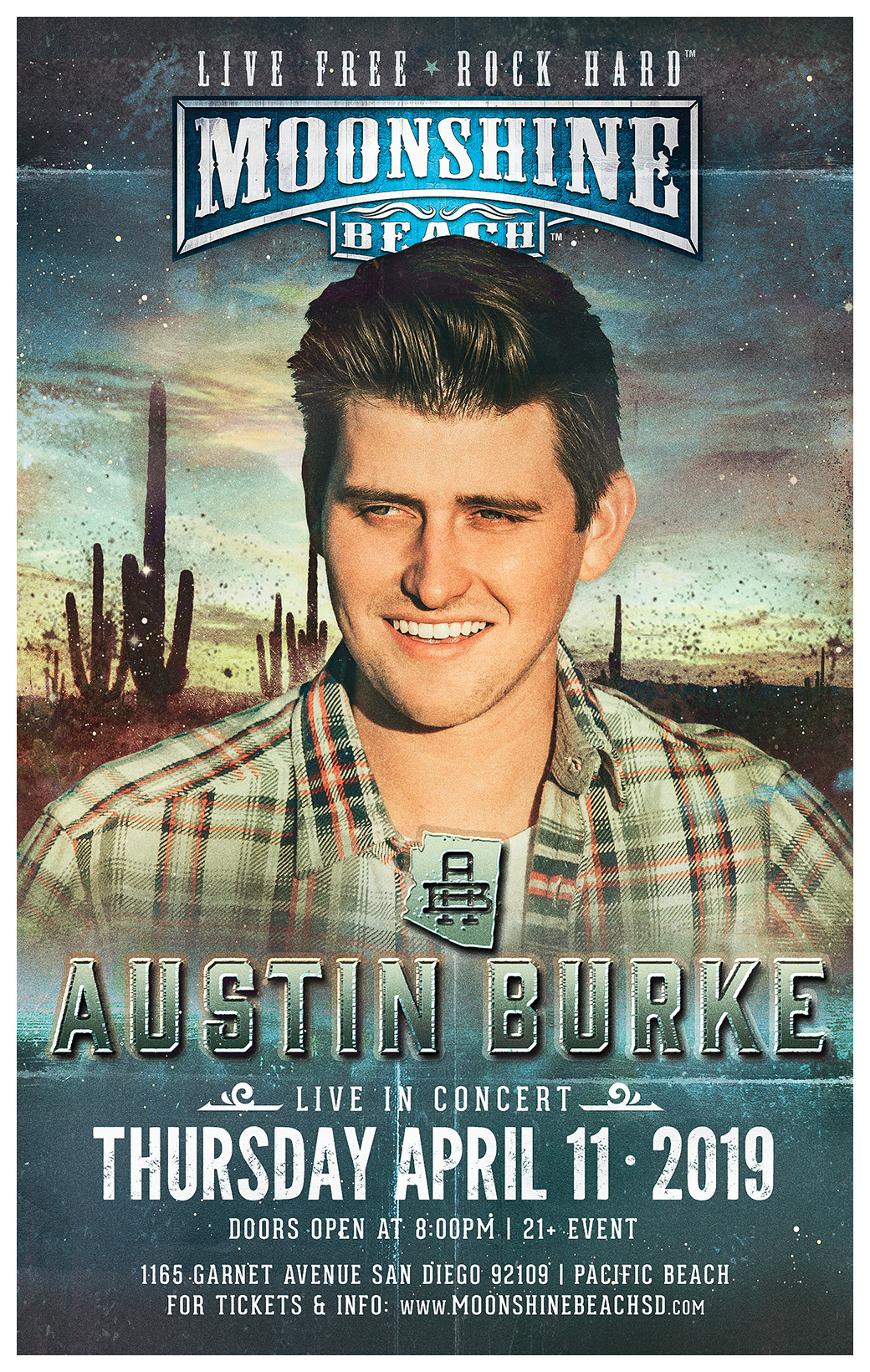 Austin Burke has been swinging for the fences since childhood. At age three, he fearlessly sang the national anthem for not one but two major league franchises in his hometown of Phoenix – the Diamondbacks and the Suns. An avid fan of both baseball and music, Burke experienced the thrill of a lifetime when he met his musical hero, Garth Brooks, at a San Diego Padres spring training game. The chance meeting led to an invitation to cover "Friends in Low Places" on The Rosie O'Donnell Show, where Austin told Rosie he dreamt of becoming a "singing baseball player." Austin pursued baseball through college, but he ultimately decided he wanted to step up to the plate with his music. He moved to Nashville at the age of 19, where he spent four years tirelessly waiting tables, writing songs and saving just enough money to record his debut single, "Sleepin' Around." Right off the bat, the song caught the attention of WME, who signed him to their roster and booked him as a support act for the likes of Vince Gill, Cole Swindell, Casey Donahew and William Michael Morgan. The song "Whole Lot in Love" catapulted Austin to Spotify stardom. The track currently boasts nearly 45 million streams and has earned Austin the reputation of being one of the platform's most successful independent country artists. Both of Austin's songs have also been prominently featured on Sirius XM's The Highway. Austin recently released a new track, "Slower," with new music slated for the near future. He is currently touring the U.S., and in the past few months alone, he has played Watershed Music Festival, The Willamette Country Music Festival and Faster Horses Festival. Poised to become a heavy hitter in country music, Austin has all the bases covered – humility, talent, drive and passion. He's only going to continue knocking it out of the park as an artist.