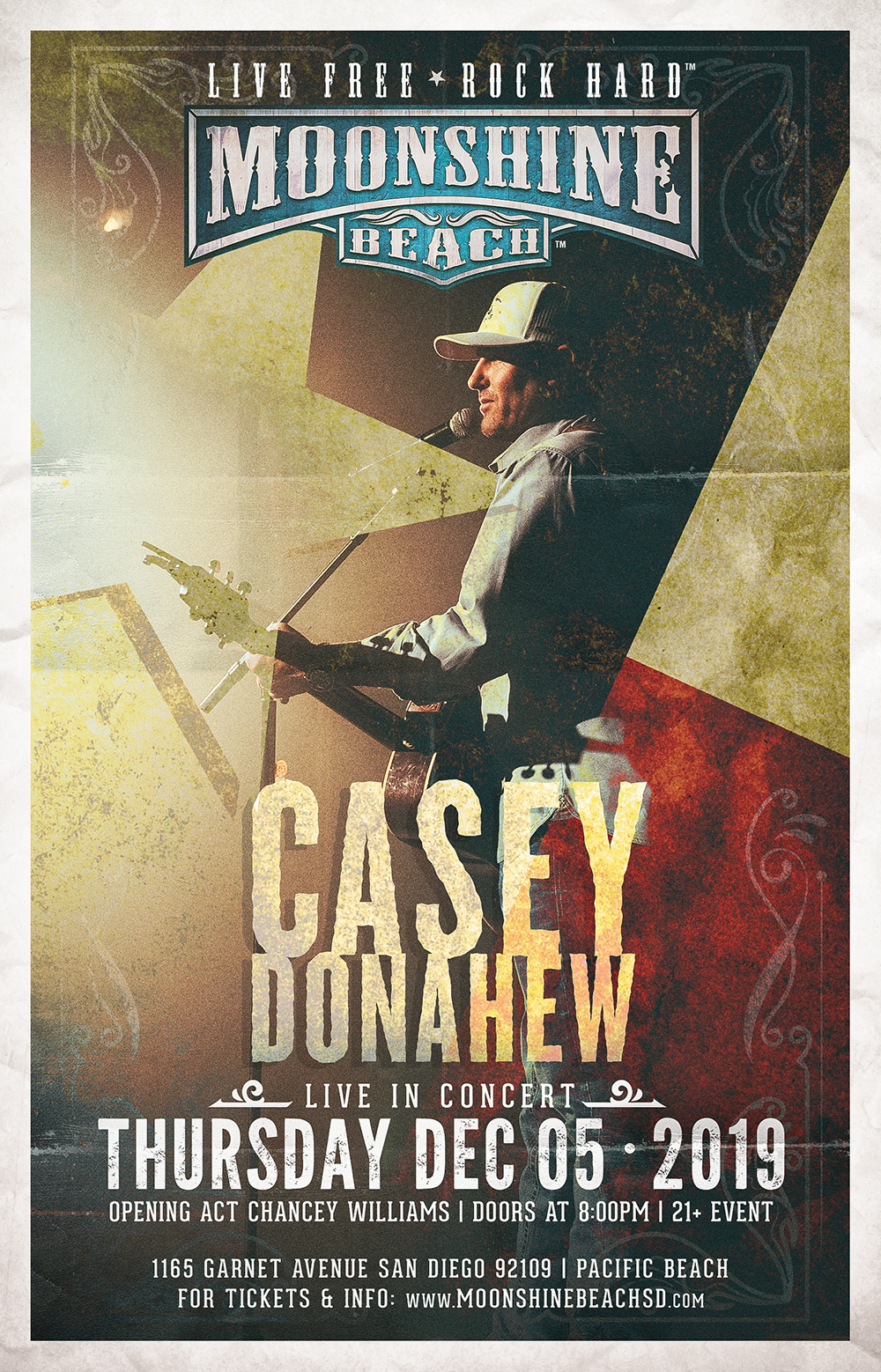 If you build it, they will come. This might be the mantra of one of the greatest baseball movies of all time, "Field Of Dreams," but it's also a pretty accurate description of the career of Texas music sensation Casey Donahew. The Burleson native, (with the help of his wife Melinda,) has painstakingly carved out an impressive niche for himself on the country music scene over the past 17 years, attracting a solid base of loyal fans who flock to his legendary live shows. Building his career from the ground up one show at a time, he's managed to perform on countless stages night after night in front of thousands, topped the Texas music charts 18 times, released all of his albums independently to critical acclaim, and forged a path all his own through the music scene without the aid or muscle of a major record label or power-suit management company. It was during his college days that Casey also discovered another rowdy artist who was forging his own path across the Lonestar state in a big way, Pat Green. When his fraternity hired Pat to play one of their parties back in those early days, Casey was instantly inspired by Pat's way with a song and his ability to connect with an audience. "Pat Green was really the guy who started it all for me in college. He just did a great job connecting with fans, and later on when we started playing, we really tried to mirror how he did that. He was one of those guys who I thought was a great entertainer, and really told stories that people wanted to hear and could relate to, and I think that's what made him so popular." Within a few years Casey had conquered the small club circuit and was packing out larger places like the Fort Worth Horseman's Club. He released his first independent CD, "Lost Days," (which included the autobiographical nod to his home turf, "Stockyards,") and the song quickly became a huge hit for the new band, even among fans who had never visited the Texas city. In 2006 he released a second self-titled CD that included "White Trash Story," a raucous, redneck story tune that instantly became a fan favorite. He followed that up with a live CD recorded at Bostock's, (the Stephenville bar that gave Casey one of his first big breaks), then returned to the studio in 2009 to make, "Moving On," a project described as "rattling, rolling and rumbling like a youthful Robert Earl Keen fronting Reckless Kelly." The project sold an impressive 32,000 copies thanks to his growing legion of fans, as word spread like wildfire among the college crowd about this underground indie sensation. The fans have always been foremost on Casey's mind as he built his career, and he makes his music with them in mind. For Casey, it's never been about accolades, or awards, or even major label attention or fawning. It's simply about the music. And his fans recognize and appreciate that. Taking a page from the live performance playbook of one of his heroes, Pat Green, Casey fuses genuine, honest lyrics with a contagious, take-no-prisoners energy onstage, making sure everyone is along for the ride -- which, more often than not, is a wild one. Over the last 17 years, Casey has racked up 18 #1 singles, and become a national headliner, playing coast-to-coast and selling out venues such as Billy Bob's and The Grizzly Rose multiple times. Donahew has over 120 MILLION on-demand digital music streams, and over 330 MILLION streams on Pandora. Donahew has released eight independent albums to critical and commercial acclaim. Donahew's "Standoff," quickly topped the iTunes Country Chart at #1, and his follow-up 2016 album "All Night Party," hit #3 on the Billboard Top Country Albums Chart, and #13 on the Top Album Sales Chart and Top Current Album Sales Charts.  In 2017, a 15th anniversary record titled, "15 Years, The WIld Ride," was released. The collection featured updated recordings of Donahew's most popular songs from the first part of his career, as well as a recording of Matchbox 20's 3AM, a song Casey played for years live before finally recording the classic hit. On March 29, 2019, Casey announced his latest release, "One Light Town." Released on July 26, 2019, and produced again by Josh Leo, "One Light Town" features 15 new songs, 7 of which were released to fans when the album was announced. The album features songs written by Casey as well as writers including Tim Nichols, David Lee Murphy, Brad Tursi, Matt Ramey & Trevor Rosen, Jeff Hyde, Jon Randall Rodney Clawson and Wynn Varble.