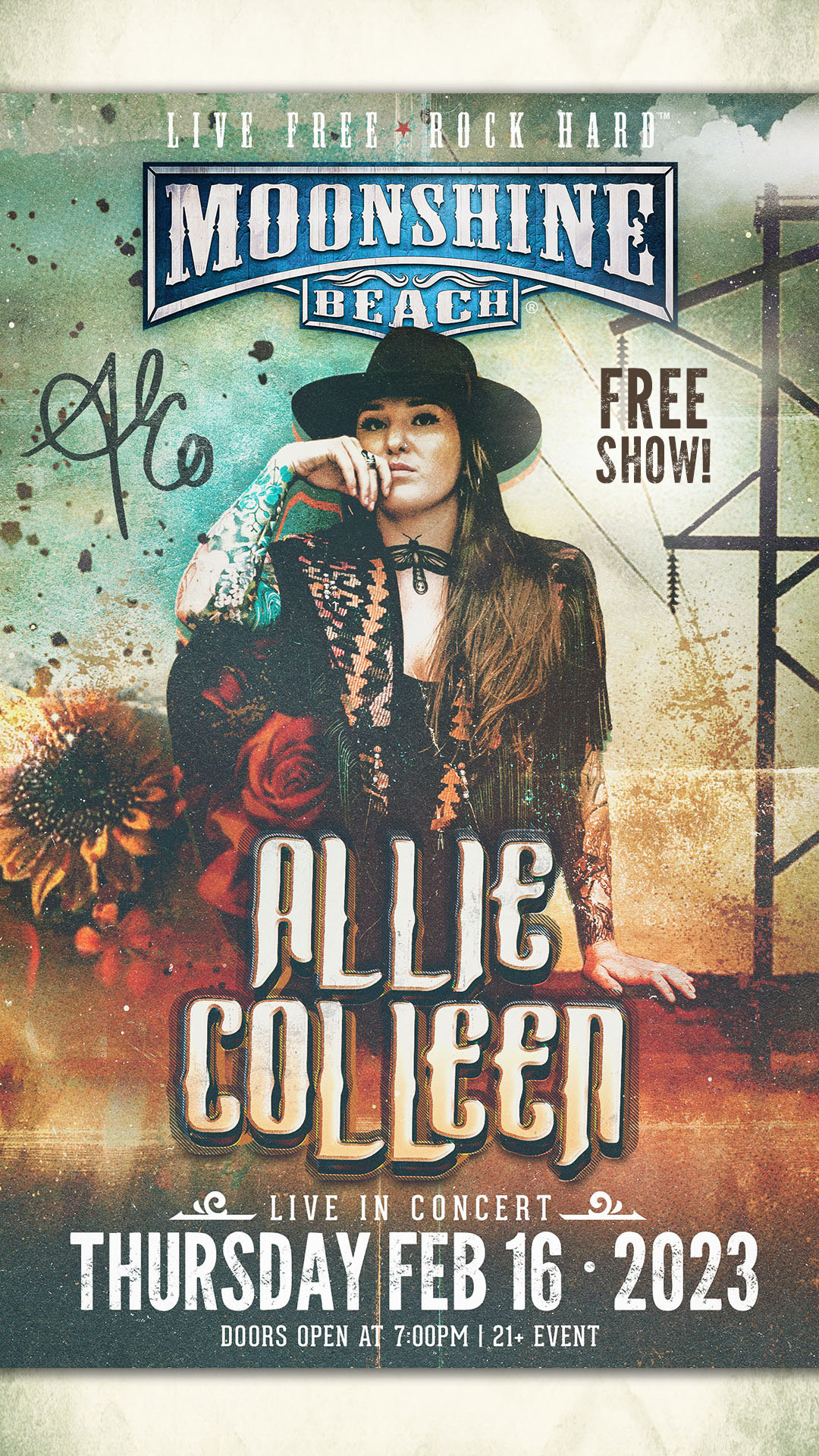 A Belmont University graduate from Owasso, Oklahoma with a style that is truly her own, Allie Colleen is no stranger to the music industry. A passion for singing and songwriting since a young age has garnered her a reputation of being a notable songwriter with an iconic-sounding voice. Her impeccably strong voice with hints of timeless tradition accents her Americana Voice. The room never fails to silence as Allie Colleen begins to sing about the layers of love and heartbreak that have shaped her. Some of her newest songs bring witty lyrics and a connection to the song unlike most today. One of her original songs, Close Enough, gained more than 750k views on YouTube. Her social media following has continued to increase every year. Her passionate drive and innovative vision set her apart from her peers resulting in here music and videos going viral on the internet – even capturing the attention of well-known radio show host Bobby Bones – proving that her audience is captive and waiting for her next song. Persistently working to hone her skills along-side industry professionals and performing at venues both around Nashville and national venues garners Allie Colleen a growing fan base. Allie Colleen’s debut single, “Work In Progress” defines the life that’s shaped her with personal lyrics and transparency in both the vocals and delivery. “Work in Progress” is a sweet sentiment regarding her introduction to the Music Industry co-written with hit songwriter Marcus Hummon and well known studio producer Greg Bieck. Also, look for her current single “Along the Way” on all digital platforms.

ASH EASTON has spent much of her life perfecting her craft. From vocal training of various styles and genres, to national and international shows, she is well rounded in the art of music. She pulls creativity from artists like Aretha Franklin, Stevie Ray Vaughan, Whitney Houston, Brandi Carlile, and Chris Stapleton. As a Puerto Rican, ASH also finds inspiration from the latin community. Her writing isn’t for the faint of heart: she serves it raw and real, but pulls you in with authentic connection, believing that is the point of music.

EASTON is the kind of musician to light your fire: “Her voice is like a shot of whiskey in a snow storm…” one fan says. From ballads to straight rock and roll, ASH EASTON perfectly embodies southern rock, and brings new flavor to the genre. Find out for yourself.

Her album, “Rough & Tough,” is set to debut August 24, 2022 at The Belly Up Tavern in Solana Beach at 7P. Get tickets while they're available.

ASH EASTON’s debut album under the name HLLNDR dropped in January and can be found on all listening platforms.