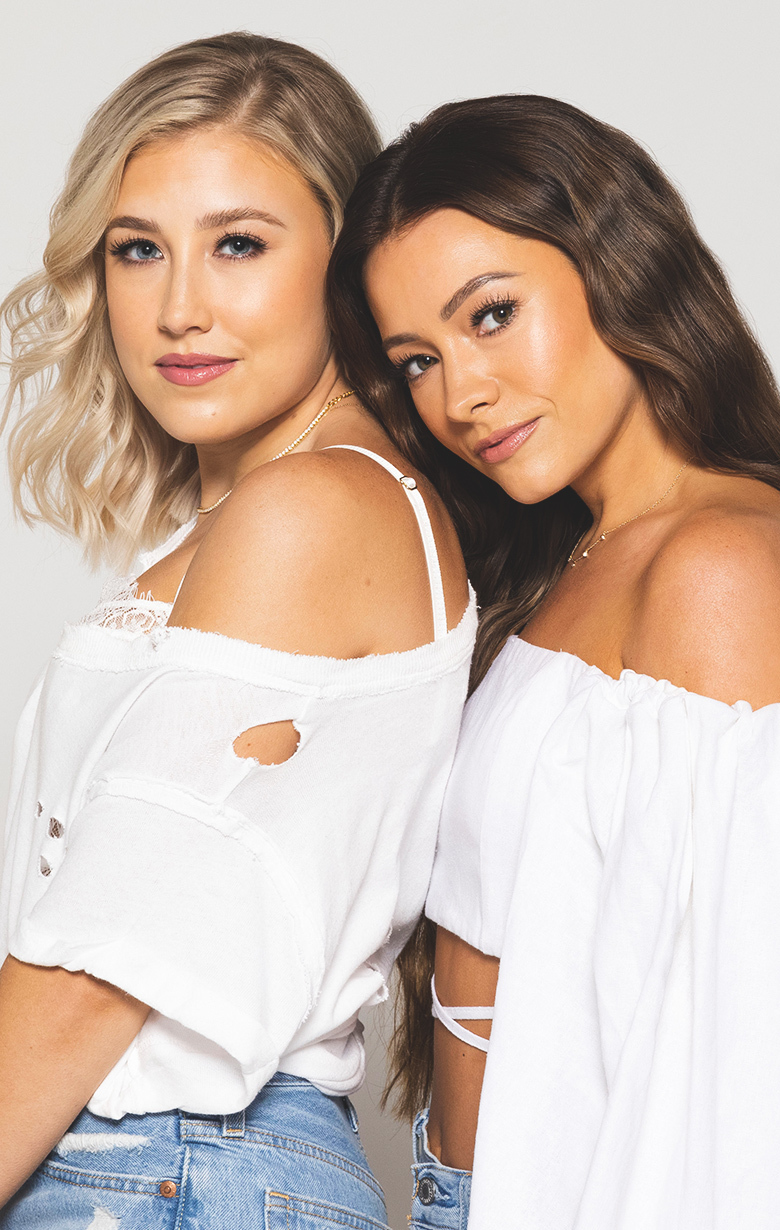 Award-winning country duo Maddie & Tae recently released a brand new single, "Friends Don't," playing on country radio now. Written by Maddie & Tae's Maddie Marlow and Taylor Dye along with Justin Ebach and Jon Nite, "Friends Don't" is the first single from the Platinum-selling duo's forthcoming sophomore album on Mercury Nashville. The new album follows Maddie & Tae's critically-acclaimed, "highly polished" (Billboard) debut, Start Here. Garnering instant praise with their Platinum-selling debut and No. 1 hit, "Girl In A Country Song," Maddie & Tae became only the third female duo in 70 years to top the country airplay charts with their debut single. In addition to earning multiple ACM, CMA and CMT award nominations, the duo scored a CMA Award for Video of the Year for "Girl In A Country Song" and Radio Disney Music Awards for Favorite Country Artist and Favorite Country Song for "Fly," the Top 10, Gold-selling follow-up single. Receiving praise from NPR, Billboard, Entertainment Weekly, The Washington Post, Glamour and others, country music's hottest stars including Dierks Bentley, Lee Brice and Brad Paisley took notice and welcomed Maddie & Tae on tour before the award-winning duo launched their own headlining Start Here Tour.   SACHA Born and raised in a musical family from Ontario, Sacha has always had music in her heart and in her soul. "The impact of country living and country music just had an effect on me," she tell us, "I grew up in a household of musicians. Every instrument was available in my house." With an ear for all music, her family introduced her to the likes of artists like Patsy Cline, Janis Joplin, Jim Morrison, and even Bob Marley. "I didn't even realize what kind of music I was falling in love with, it was just what I heard over the speakers that really struck a chord with me," she shared, later adding that it was her mom's Patsy Cline's records that really stuck out to her. "I remember singing along and wishing I was the voice on the other side of the speaker." As she grew older, the idea of being a female singer-songwriter in the industry felt more possible after she discovered a brand new artist at the time, Taylor Swift. As a young girl, Swift was breaking records, writing music, and being portrayed in the best light by fans and the industry. "I just wanted to sing," she recalls, "You just don't know how you're going to connect those dots from a small town to the stage, to the dream." Armed with a passion, but a need to pay the bills, Sacha juggled both the "typical" life, working and grinding away with playing gigs wherever she could. "I was playing the guitar for three hours a day, working on my guitar skills, writing, and then I started going down to the open mics," shared Sacha, adding, "When I picked up my guitar to write a song, it was just natural to me to write a story, that's just what was natural to me, it's just what came out of me, country music." After entering and winning a singing competition called "Canada's Next Country Music Star" in 2016, doors started to open for the budding entertainer. Her dream of being a country artist continued to become more real when she connected with the incredible Leslie Fram of CMT and eventually was inducted into the 2021 class of CMT's 'Next Women of Country.' Around the same time, Sacha released her EP The Best Thing, featuring her current charted hit "Standards." As an independent release, the song broke the top 50 on the Canadian charts and created more buzz about her in the country music world. The song also happens to be an incredible anthem for people everywhere. "The second I heard it, it just hit me like a ton of bricks," she shared when she first heard the pitch for the song, "I always loved making music for the love of it, but the main thing is having a good message to go along with. […] We have a lot of heartbreak songs on country radio, but not a lot of songs that might help you avoid one," she laughs, adding later, "Stick to your standards!" Sacha promises that more music is in the works and continues to write as much as she can. Of course, as soon as it's safe to travel, she hopes to come back to Nashville to be surrounded by people that inspire her. It's safe to say it is only just the beginning for the songstress and her blossoming career. ABBEY CONE Abbey Cone first made the trek to Nashville at age 12, actively beginning to hone her craft and find her voice. The Texas native has been singing for as long as she can remember and has focused on building a career in Country music on her own terms, as a young woman writing authentic and emotionally resonant music that connects with the newest generation of Country listeners and beyond. Now signed to The Valory Music Co., Cone brings to the roster her clever songwriting, and an individuality that expresses a palpable realness and vulnerability listeners can feel across each song. With an induction into CMT's Next Women of Country Class of 2020 and named one of Pandora's 10 Country Artists To Watch in 2022, the 23-year-old has already made her mark, introducing herself with "Rhinestone Ring," "Hate Me" and latest track "King Of The World." Gearing up for the release of more of her authentic and emotionally resonant music, her debut collection HATE ME arrives April 22.She has already collaborated with some of Nashville's most accomplished songwriters, such as Lori McKenna, Shane McAnally, Nicolle Gallyon and Jessie Jo Dillon. Expanding on their works, Cone credits her writer/producer Nathan Spicer with helping to find her unique sound as she begins to carve her own path as a performer. Having just wrapped time on the road with Brittney Spencer, you can find more information and tour dates at AbbeyCone.com.